Area and languages The occurrence of individual languages is distinguished depending on the region: East of Bern (except Ticino) German predominates. The French language prevails west of Bern. Italian is the most common language in the Canton of Ticino.

Before you start writing a CV In order to properly prepare application documents required during recruitment, it should be checked which language in the given region is official. In addition, it is worth remembering that the Swiss pay particular attention to the compatibility of education with the experience of the future employee.

Photo in CV Should the candidate attach his photo to a CV?
Yes, it's a good idea to attach the professionally taken photo to your CV.

Tip When submitting your candidacy, it must be remembered that if specific qualifications are expected in the requirements for work, only such qualifications will be taken into account. All professional experience should be documented because it will be recognized as long as it is consistent with the expectations of the employer. The CV should are written in a transparent and legible in A4 format and preferably one page. Avoid sending documents that appear universal.

CV in German / try the Wizard 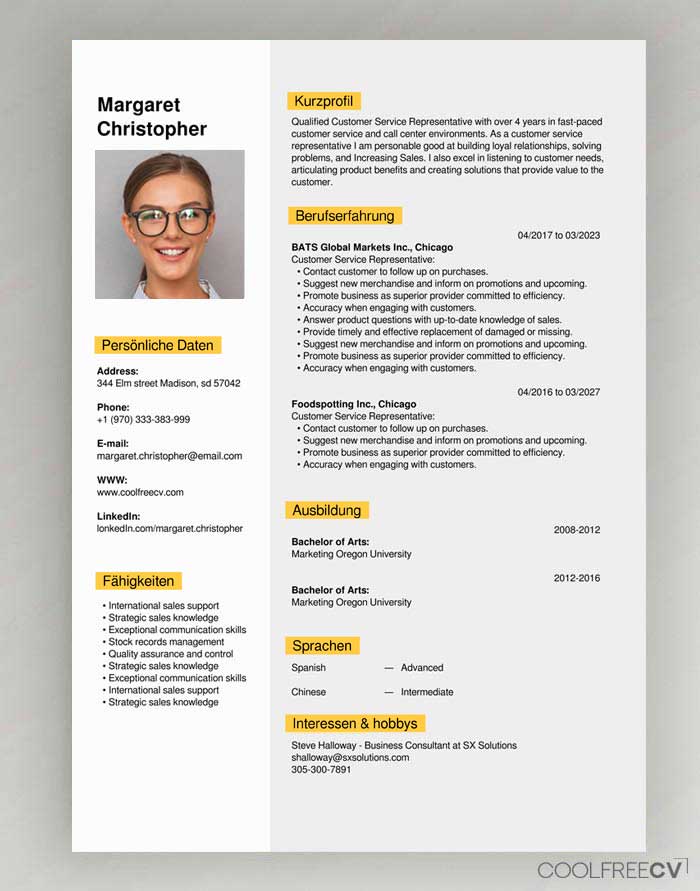 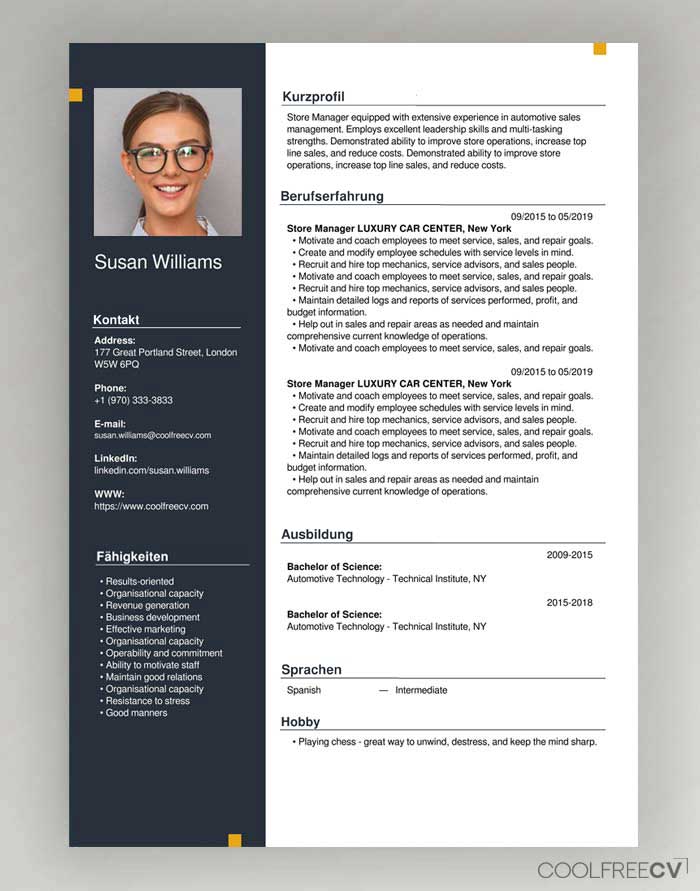 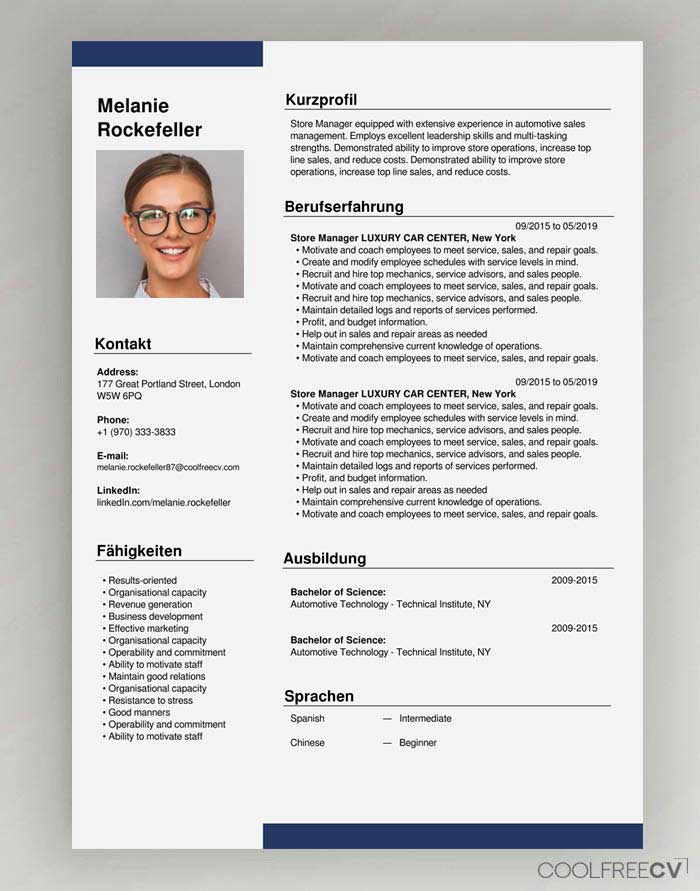 Switzerland jobs market for whom?

In Switzerland, people are sought with very specific knowledge and skills. The people working in the IT and biotechnology industries have a good chance. Manual workers with specific skills are also sought (eg electricians, carpenters, construction workers). During the season, every pair of hands for the job to the grape in restaurants and hotels will come in handy, although you have to apply for a job much earlier before the season. Also in Switzerland, there is a high demand for employees to care for the elderly and children. In addition, there are many job offers for corporate employees with a good knowledge of the English language.

The Swiss labor market is decidedly different from the large economies; it is much smaller, and job offers are mostly directed to highly skilled workers. Following the changes in the free movement of workers, Switzerland is seeing a greater need to hire foreign workers. Among other things, experienced construction workers, nursing staff to care for the elderly, people to work in food service (waiters, cooks) are in demand.

A very important element depicting the Swiss labor market, is the required knowledge of German (spoken by a larger population of Swiss residents), knowledge of the language is mandatory, if only at a basic level (the basic level in the CV can be determined by the phrases: A1 or A2).

Before you prepare the application documents that are required for the recruitment process, check which language in a particular region of Switzerland is the official language.

Such a curiosity, recruitment for Switzerland is less and less often carried out after ads in the press or on the Internet. The main source of information about vacancies is friends or family, they are the ones who are asked at the very beginning to recommend a competent candidate for a job. Don't have friends or family in Switzerland? Use the Public Employment Service (RAV, www.treffpunkt-arbeit.ch) or a non-public employment agency, these institutions are in every major city.

2020-10-18   adm
to @Apurwa J
Non-EU citizens can only receive a work permit if their employer proves that they cannot find a worker for the jobs concerned from Switzerland or the EU.

2020-10-18   Apurwa J
Is it possible to find a job in IT while I am on a dependant permit of my husband? I am an engineer and anyways currently residing in Swiss.

2019-12-14   Dara Yin
if i make in English cv for apply to work in Switzerland they are accept it or not? please help tell me. thank you